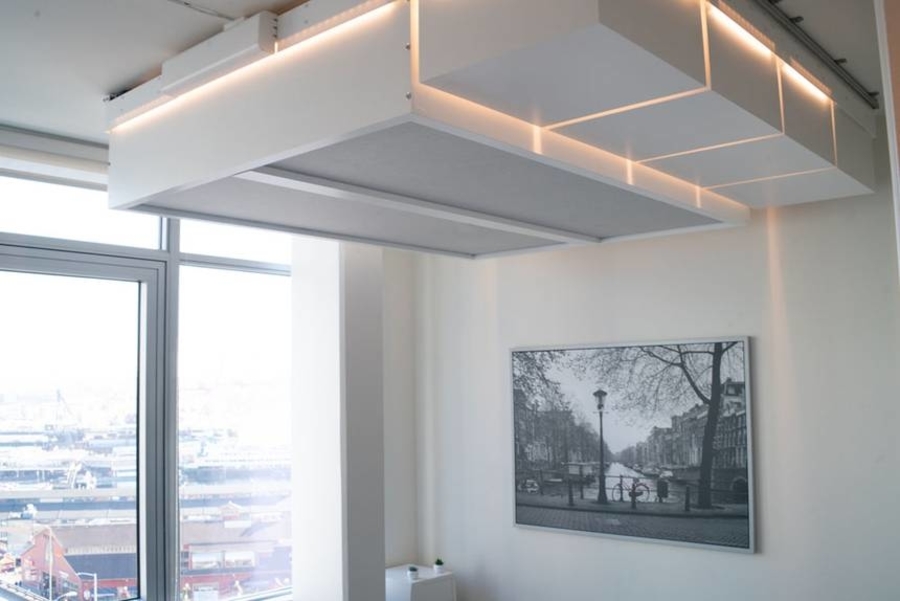 This smart system automatically frees up floorspace and can learn your preferences.

As urban living spaces become smaller, we’re seeing a wide variety of clever strategies to redesign them to make them more livable and comfortable, from reconfiguring the bed to include storage underneath, to transformer furniture and retractable elements.

Some companies like San Francisco-based startup Bumblebee Spaces have another idea: make furniture ‘smart’ and robotic, capable of learning your personal patterns and transforming or moving out of the way — all the way up to the ceiling — at the touch of a button.

Characterizing it as a kind of “A.I. butler,” the company’s ergonomic system allows users to store their bed, other pieces of furniture and their belongings in a series of modular pieces that descend from the ceiling, which frees up floor space and literally clears away clutter from view.

It’s no surprise that Bumblebee Spaces co-founder, Sankarshan Murthy, is also a big fan of minimalism and the KonMari method of decluttering.

The idea is to make storage simple: one can retrieve something without searching for it; the smart system scans each item in the resident’s inventory, and ultimately becomes an “assistant” or “butler” that knows where everything is, and knows when you need it.

For instance, it might automatically lower down your umbrella if it’s going to rain outside. If one hasn’t used a certain item in a while, the system will suggest giving it away or selling it.

There are other benefits, as Murthy tells us:

Bumblebee also saves a huge amount of energy by reducing the need to heat and cool multiple compartments for the same amount of functions. The ability that Bumblebee has to organize your inventory and make a digital version of it enables amazing services like sharing, borrowing, auto replenishment, optimizing your stuff over time, etc.

Storing things on the ground and locking up footprint with islands of furniture and other stuff is obsolete. Optimizing the space in full 3 dimensions would be a given in the future. Doesn’t matter what space is being built, using 3 dimensions to make the best experience to the user would be the norm.

Murthy, an engineer who has worked at Apple and Tesla, says he was inspired to create the system after seeing how expensive even small apartments were in San Francisco.

Such a system would help renters maximize the space in even a one-room living space, allowing the bed to ascend during the day, freeing it up to become a living room or workspace. In case the power goes out, the system can run on DC power for a few cycles.

According to the company, the system costs about USD $6,500 and can be adjusted to fit even in older buildings, with only 30 to 35 centimetres (11.8 to 13.8 inches) of ceiling height needed.

As robotic gadgets become more widespread, it seems that turning our furniture into intelligent and responsive machines is the next likely step. To see more, visit Bumblebee Spaces.