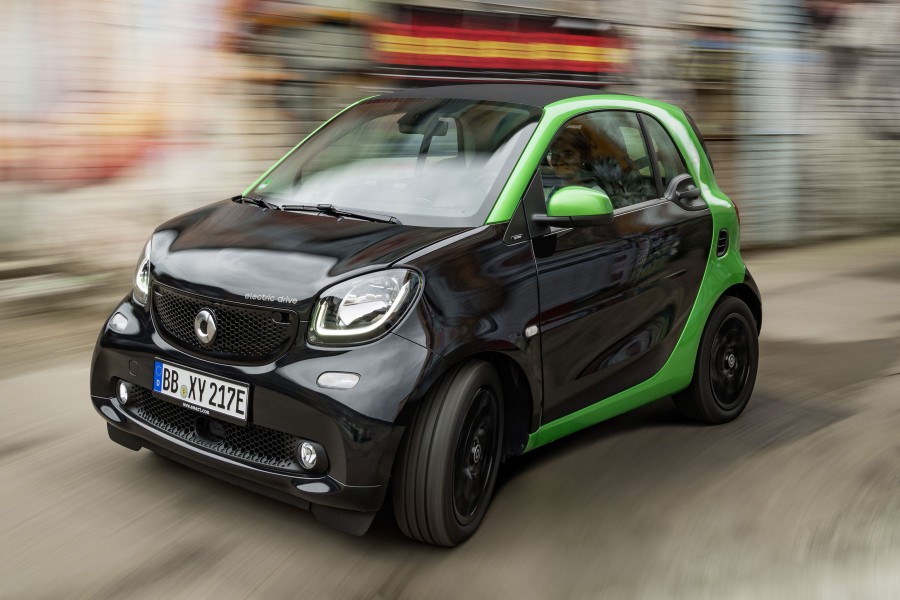 The Prodigal Child of the Automotive Industry

DON’T LET ITS PETITE LOOK confuse you with its superb performance delivery on modern road – the micro city coupe “ForTwo” is just above 8 feet long, less than 5 feet wide and 5 feet tall.

It has luxury enhancements such as GPS navigation, reverse sensing, night vision, assisted parking, climate control, smart card and keyless voice control. Of course, the smartest car is the one that is fully automated and drives itself.

A smart car is a mini-compact two-seater with advanced electronics and microprocessor that are perfect for crowded places and city driving. The first prototype known as the Micro Compact Car (MCC) was developed in 1994 by Swatch and Daimler-Benz and this ‘Swatchmobile’ was exhibited at the Frankfurt Motor Show in 1997.

In fact, the word ‘Smart’ derives from cooperation between Swatch and Mercedes: Swatch Mercedes ART. The updated Smart “ForTwo” was released in 2008 in the USA.

What’s so smart about it? 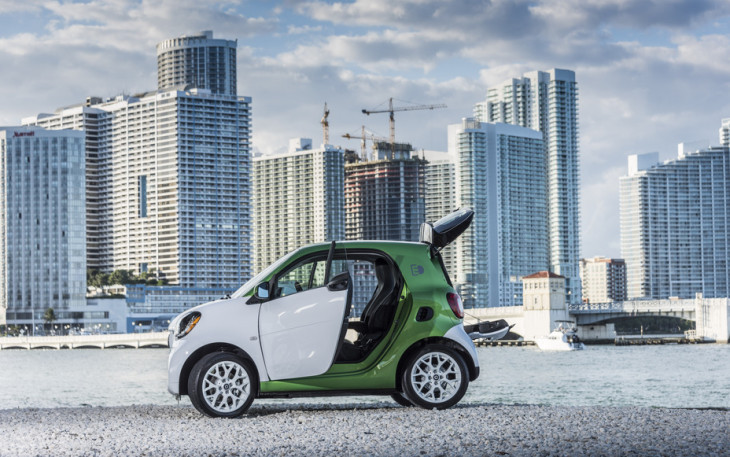 The idea of building a small car came with Nicolas Hayek, the inventor of Swatch watches. He wanted to make a small car that would be fuel-efficient, environmental friendly and easy to park in confined spaces.

Today, his progeny at DaimlerAG’s Smart division and other automakers such as Renault, and General Motors (GM) offer cars that have electric motors or hybrid engines and are fuel-efficient and environmentally responsible.

Although initially people were hesitant to go for Smart, now the notion is changing. Till date, more than 750,000 ForTwos have been sold in Europe and Japan. Subcompacts are also gaining much attention to the trend.

Waiting lists and pre-booking for Tesla and Chevrolet Volt show that people are more concern about fuel economy and the environment.

The Smart line has conveniently positioned itself among the high-end design and technology segment that targets urban upper middle class, especially the younger generation.

These micro-cars are small in stature but big on economy. Compared to a 7 feet wide Hummer H1, ForTwo is only 5 feet wide. In real life application this means that a Smart Car can back right up to the curb instead of parallel parking in line with other cars.

Two or three Smart Cars can park that way in a single curbside parking space. In fact, Swatch wanted to make such a car initially for USA and European market, where parking space and gasoline come at a premium. The cars are ultra-maneuverable and quick of the line – it can even beat many supercars when it comes to acceleration in the city traffic.

With its diminutive length, ForTwo can turn within a jaw-dropping 22.8 feet circle, compared to 35.7 feet from a Honda Civic.

With its Tridion Safety Cell in the front, Smart has also governed the safety issue quite well. This stiff structure activates a crumple zones of a colliding vehicle which creates a safety bubble around the passengers.

The second generation ForTwo has been awarded 4 out of 5 stars in the Euro NCAP Adult Occupant Protection.

ForTwo is one of the most fuel-efficient four-wheeled vehicle with a conventional gasoline engine in the market. Obviously it cannot compete with a hybrid when it comes to mpg numbers, but it has an artsy design and is certainly easier to park than a conventional four-wheeler.

It can snatch the last parking spot virtually anywhere and comes with a vast of color options for its unibody and Tridion Safety Cell. Environmentally, Smart is the most promising four-wheeled vehicle. As it is electric driven, it does not cause any environment pollution.

Buyers seeking fuel efficiency also seeks bank account efficiency, and they can find a small conventional car with decent mileage for several thousand dollars less than the cost of a ForTwo.

The Smarts are also slow when it comes to speed and mileage. Although quick of the line, the latest ForTwos Cabrio can hit 0-60 mph in 10.2 seconds, compared to 5-7 seconds required for most of the conventional sedans. Its top speed has been capped only at 81 mph, as excessive speed drastically cuts mileage and electric range.

The projected 70-80 miles of single range is also not practical when it needs 3 hours of charging through a 240-volt outlet or 16.5 hours through a 120-volt household plug. 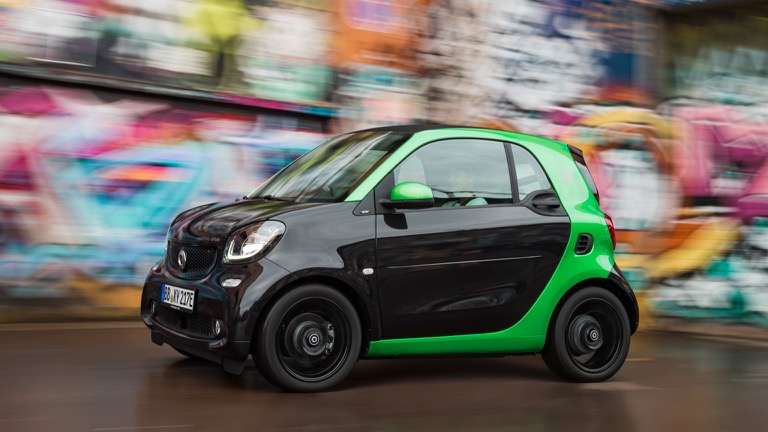 Daimler/Chrysler debuted an all-electric version of the Smart Car, the ForTwo EV, at the British Motor Show in July 2006.

Now in 2018, if offers ForTwo Electric Drive – a quirky hatchback with $24,550 price-tag and a mid-mounted, 80-hp electric motor that runs 70 miles with a single charge.

The latest ForTwo Cabriolet is the ‘convertible’ version of the quintessential Electric Drive. Like its forebear, Cabriolet also comes with an electric powertrain and a surprisingly spacious cargo room.

ForTwo is not the only one in the Smart line. Toyota’s Scion iQ was a worthy competitor which held most of the Smart car records before its demise in 2015. Now, ForTwo faces stiff competition with Mitsubishi I-MiEV and Fiat 500e.

Honda Fit and Chevy Volt may not be the smallest cars in the market, but when it comes to hybrid drivetrain, automotive intelligence and fuel economy, these cars boast a good competition in the Smart segment. Mini Cooper is another challenger that offers stylish yet tough performance.

All of this cars are engineered to maximize passenger space, while minimizing exterior length. ForTwo also has its cousins from the Smart segment in Mercedes – Smart Roadster and Forfour. The latter is being rebuilt to offer a pint-sized 4 x 4 SUV for the USA and Brazilian domestic market.

Hyundai is currently building complete self-driving cars for the next generation and Samsung is developing in-vehicle infotainment system. Both firms are vying in the industry to introduce hyper intelligent cars.

While it is evident that this Smart is a great choice for city car, what’s less clear is whether it will fully replace the gasoline-powered conventional cars. Only time will give us the answer.

But, with fuel prices at historic highs and environment restoration a burning issue, it is the highest time for automakers to offer and consumers to adopt more fuel-efficient and eco-friendly Smart cars for daily commuting.

As we dwell in the future, it gives us ample scope to review the trade-off and spin-offs of Smart cars – the transport system that is small in stature but big on economy.