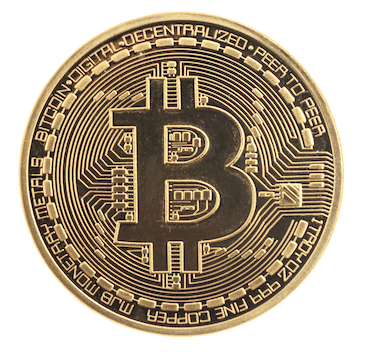 With the value of Bitcoin (and other digital currencies) more than doubling in December, lots of people are exploring mining for fun and profit.  I get it, I’m interested too.  Who wouldn’t want to take an idle computer and have it effortlessly crank out money?  Unfortunately, mining cryptocurrencies, like Bitcoin, uses a lot of electricity.

Bitcoin and other digital currencies have been in the news a lot lately.  In mid-December, the price of a Bitcoin soared to over $19,000 from about $7,000 just a month before.  When I started writing this article, the price had returned to a still staggering $11,000 per Bitcoin and now it is back around $7,260, which is about 6 times what it was last year.  And it is not just Bitcoin, but other cryptocurrencies, more appropriately named digital currencies, that are all over the news. You can find stories about the $534 million of NEM coins stolen by hackers from Coincheck or rapper 50-cent forgetting about taking Bitcoins for his 2014 album sales.  One area that is of particular concern to me is the environmental impact of cryptocurrencies and all their calculations.  The Bitcoin Energy Consumption Index estimates that 0.2% of of the world’s electricity consumption today is being used to mine and transact Bitcoin.  That’s shocking.  What does this mean if an individual is running the program?  I decided that I would do a small experiment to see.

If you want a more thorough explanation of blockchain, I recommend Scott Orgera’s Block Chain Technology Explained at Lifewire.

Blockchain is a technology that allows for fast, secure and transparent peer-to-peer transfer of digital goods including money and intellectual property. In cryptocoin mining and investing, it’s an important topic to understand.  – Scott Orgera

As Scott explains, mining is done by computers using their CPU(s) and GPU(s) to solve computationally intensive math problems.  Right now, mining bitcoin and other digital currencies, is very profitable and millions of computers are being used to do this today.  You can buy special mining hardware rigs like the ASIC Antminer S9 or you can build your own rig with high-end graphics cards (GPU – graphics processing units) used for video games.  Due to people jumping on the digital currency mining bandwagon, the demand for GPUs is so great that there is a shortage of AMD and nVidia GPUs on the market and the card I bought for $200 in October 2017, an nVidia GeForce GTX 1060 3GB, is now selling for around $500 new, if you can even find it in stock.  Miners are setting up mining rigs with 4-13 GPUs at a time, which has a massive power draw, but can also generate a lot of income if the price of digital currencies stays high.

Back to my experiment.  I have had several friends ask me about Bitcoin recently and about the environmental impact.  Using our existing gaming computer, that I had built with my kids last year and upgraded with the GPU in October, I setup mining to run for about a week to measure the energy consumption and see what sort of value it could generate.  Since this is their computer, the kids were allowed to shut down the mining operation and play games as long as they restart mining when they were done.

I joined a mining pool for Ethereum, the 2nd most popular digital currency after Bitcoin, because I knew that we wouldn’t be able to mine a full Bitcoin on our own and I’ve read some articles that lead me to prefer Ethereum over Bitcoin.  A mining pool allows me to do a share of the work and receive a share of the coins.  I ran the experiment until I received the minimum payment into my digital wallet, which took about 7 days.

If you are interested, here are the gaming computer specs.

My kids gamed and watched youtube for numerous hours over this week, so I am not surprised to see the energy consumption being lower than the full overclocked mining rate times the time.  The energy consumption was measured with a Kill-a-watt meter.  We have solar panels on our house, so I used the price we pay for 100% renewable electricity when we don’t have enough sun power, $0.17/kWh.

As you can see, the mining experiment had a profit of almost $10 after paying for the extra electricity consumed, but what is the environmental impact of that 27 kWh?  What would this look like over a year?

If I ran the mining all year round, I would use 1.4 MWh of electricity and generate 1,200 pounds of CO2.  Of course, most of the cryptocurrency mining is happening in places like China that are powered almost exclusively by coal and produce a lot more CO2 per kWh.   There are over 400,000 “workers” on the Ethereum pool I was using alone.  You do get economies of scale when you add multiple GPUs to one system or use a hardware rig like the  Antminer S9, but the numbers are staggering and I am concerned about the environmental impacts of all electricity consumption needed to support the digital currencies like Bitcoin.

Fortunately, there is work underway to switch from Proof-of-Work to Proof-of-Stake, which is much more energy efficient.  In order to explain that I will have to put on my computer scientist hat on and learn more about it for another post.

If you liked what you just read, please signup below to receive our blog posts and tips via email.