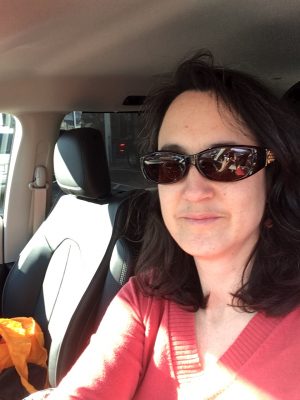 The weekend started off as pretty much every weekend, our kids had a ton of lessons and practices to be shuttled around to and Alicia had yet another sustainability conference she was trying to get to. This one happened to be at Tufts, which was conveniently where the kids music lessons were. The last thing I expected was to get a text asking me if I knew that a plug-in minivan existed.  We’d been saying for years that we were waiting for a plug-in minivan to replace our aging minivan, and somehow we’d missed it.  Last spring Chrysler released the plug-in Pacifica Hybrid minivan. Two weeks later we are now proud owners of a Plug-in Chrysler Pacifica Hybrid minivan that has an all EV range of 33 miles and gets a combined 32 MPG on gas only.

It was fate.  Alicia didn’t want to spend a Saturday at another meeting or conference, but several students, including one of her interns, had asked her to stop by the Tufts Energy Conference. It was hard to say “no” since she was already going to be on campus. In the end, she never made it inside. On her way in, she ran into our colleagues from the Mass Energy Consumer Alliance  who had EV and Plug-in Hybrid owners showing off their cars as part of their Drive Green with Mass Energy during the conference lunch break. The vehicle right in front of the door was a plug-in minivan.  Alicia was floored and spent 45 minutes talking to the owner, while I researched it online (and started looking at new vehicle loan interest rates).

The Chrysler Pacifica Hybrid came out in early 2017 and we were too busy with work and family to notice. We have been really hoping for a Plug-in Toyota Sienna Hybrid to replace our 2005 Sienna that I lovingly referred to as our “battlewagon.” The last time Alicia asked Toyota staff, they basically told her not to hold her breath. We’re working on a new name for our Pacifica.

I jumped into full on research mode. I looked up the specifications, I looked at the reviews and honestly was quite surprised to see numerous glowing reviews of a Chrysler minivan. Here are just a few of the articles I read:

I was convinced that the Plug-in Chrysler Pacifica Hybrid minivan could be the replacement for our 7 passenger (which we use daily for carpool) Toyota Sienna, but could we afford it? I quickly confirmed the full $2,500 Massachusetts EV rebate  applied to the Pacifica Hybrid as did the $7,500 federal tax rebate. A consistent message in the reviews was the recommendation to spring for $5,000 bump for the fully equipped Limited to get the advanced safety features. After the rebates, that put the price tag at $34,995 plus tax, delivery, etc.. While expensive, that is about what we paid for our Sienna 12 years ago.

I researched which Chrysler dealerships near us had any of the Pacifica Hybrids in stock and scheduled a test drive at the dealership that was a bit further away, but had 5 different Pacifica Hybrids including a blue Limited edition in stock. Then on the Saturday of Presidents’ Day Weekend we took the kids and went for a drive. Alicia is still stunned that we bought it on the spot. Three days later, we dropped off our Sienna and picked up our new Pacifica Hybrid.

Plugging in our minivan

It has been less than a week of driving, but so far we are all pleased. The kids love it, and our son even found Sudoku built into the entertainment system. Alicia has driven a couple days on electricity only and I’ve volunteered to run errands, like taking our daughter to and from synchronized swimming practice. Now we are negotiating who gets to drive it when, researching charging options at work and installing a level 2 charger at home.

Stay tuned for further updates and if you have questions, please reach out to us in the comments or via twitter @envirojon or @grnlifestyle.

If you liked what you just read, please signup below to receive our blog posts and tips via email.